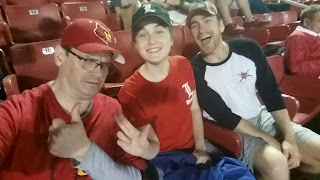 There was only supposed to be one game today, the opener of a 3-game set against the visiting St. John's University Red Storm, but with nasty weather moving through the area this weekend, games were moved up accordingly. I joined Kei and Sam about halfway through the first game, but didn't keep score until Game 2. 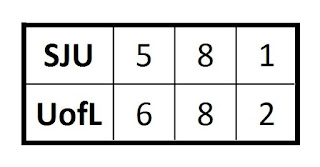 My scoresheets, using my pitch-counting method! Read about it HERE, download the scoresheets for free HERE! 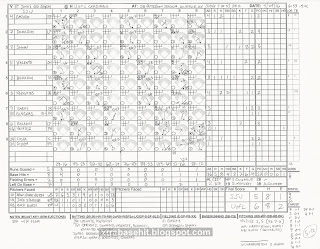 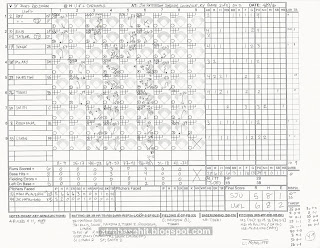 Louisville won Game 1 cleanly, this game started a bit rough for LHP Drew Harrington, who was not his usual stud-like self...Drew allowed 3ER in the first, but the Cardinals came back in the 4th and 5th and looked like they had regained the upper hand. The Red Storm had other ideas, and came close to running the Cards out of options...the nether regions of Louisville's batting order kept runs on the board, and fireballer Zack Burdi brought the gas for a 4-out save. 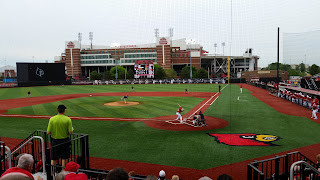 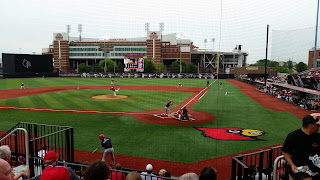 Under the lights, RHP Zack Burdi singes his way to close the game...wasn't the best I've seen him, as he stumbles a bit and allows a hit, hits a batter, and allows one run (unearned), but he hit triple digits and did so effectively. 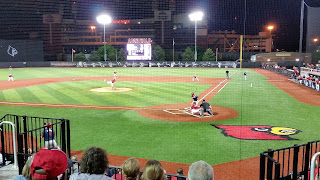 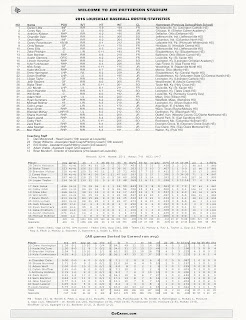 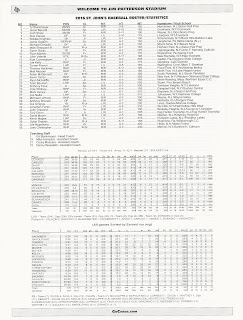 If you enjoy my work, I encourage you to spread the word via Twitter