Ah, the 83 White Sox…on the threshold of their first potential AL pennant since 1919 and first subsequent World Series appearance since 1917, the beloved south-siders in their enormously beautiful multi-colored team gear (led by Tony LaRussa) were the hottest thing since boiling cannelloni. Even entering the series behind the Orioles (2-1), there was more than a chance of the unbelievable happening…and more than a chance for things to, literally, ‘go south.’

Britt Burns (CWS) pitched 9.1 remarkable innings; Storm Davis (BAL) lasted 6. As Davis gave up a lead-off single to Greg Walker in the 7th, we was yanked in favor of Tippy Martinez, who nearly gave up the game but was rescued by a classic base-running blunder by the White Sox. With Vance Law at 2nd and Jerry Dybzinski at 1st, Julio Cruz singles sharply to left-center field. Law doesn’t pick up the call and holds up at 3rd – Dybzinski ‘runs into an out’ and in a 7-5-4-2 relay, makes it back to 2nd while Law is tagged out at home – a wasted opportunity. Not to be topped by atypical game blunders, Martinez attempts to pick-off Cruz during Rudy Law’s AB but there’s nobody covering at 1st! The official call is an ‘automatic balk,’ the runners get a base but two pitches later, Rudy flies out to LF Gary Roenicke and this corny inning is over…and the game is still scoreless.

Burns is nearly wiped out into extra innings, and shows it with a solo HR by Tito Landrum, acquired from St. Louis by the Orioles that very same year, and sporting a single HR during the regular season (and 26 games played for the Os). 2 more runs and 3 CWS pitchers later, the Orioles leave their 10th with a 3-0 lead and Martinez effectively holds of the White Sox to get the pennant and a trip to the World Series. The Orioles ended up winning it, and Landrum ended up returning to the Cardinals the following year. 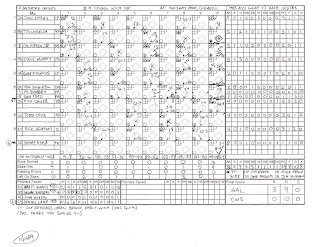 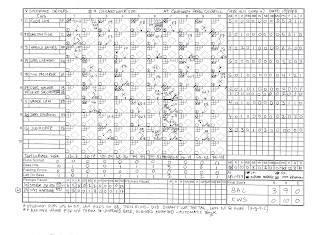 Posted by Stevo-sama at 3:05 PM No comments: