I swear my Cousin Mike is working with the White Sox on trying to convert me.

First, it was Jake Peavy...probably my favorite pitcher of 'modern times' turning the Cubs down but saying 'yeah' to the pale hose late this summer.

Now, my favorite 'utility player' in the AL (I would use 'the best' but I'm kinda biased) is leaving KC to join the Sox in exchange for Chris Getz and Josh Fields. ARRRGH! 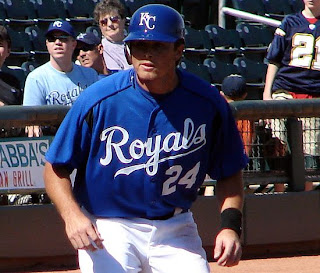 Now, I shouldn't be selfish. I'm already plotting a visit to U.S. Cellular Field next summer to see Peavy play, now I can see Teahen as well. It works out for me, but NO this isn't going to convert me. My great sadness goes to the Royals fans, Teahen was the kind of player that made you proud to be a baseball fan - his ability and attitude are true 100% attributes to his being a member of that team. Losing him feels like losing a face of the Royals that for many (including me) is literally "etched in stone." Cubs fans will feel the same way, in some respects, when Reed Johnson gets picked up by someone else (and you know he WILL).

Better yet for the White Sox - he'll either shine in that lineup or he'll be bounced down and I'll get to see him (again!) when the Charlotte Knights play the Bats.

My final statement: just like Peavy - he would have been AWESOME in a Cubs uniform!!
Posted by Stevo-sama at 2:30 PM No comments:

It wasn't Pedro's game, and it wasn't Andy's game...it wasn't even A-Rod's game. Ryan Howard finally breaks out of his World Series slump with a 2-run jack to left-center field. The 'big guy' was Godzilla, himself, Hideki Matsui.

Just one hit short of hitting for the cycle (something that hasn't happened in a World Series yet), Matsui lands 6 RBIs and ties Bobby Richardson's 1960 WS record...for the Yankees.

Being a Japanese baseball fan, it was great to see the ol' boy rip a few, even if it was for the Yankees.

Now the lights have dimmed, Damon and Matsui are both free agents and the Yanks can't keep them both. 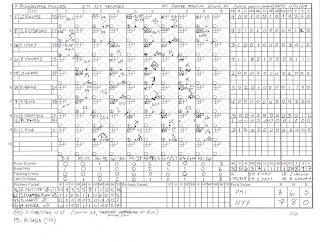 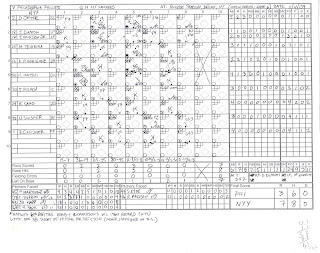 Posted by Stevo-sama at 2:33 AM No comments:

The Phillies come back in a true pitching 'thrilla'...Girardi moves A.J. Burnett up to face Cliff Lee, the first time in World Series history that 2 pitchers from Arkansas have started in the same game.

Lee's 7 innings were impressive; giving the ball up in the 8th to Chan Ho Park after A-Rod's 2-run double wasn't. Where the Yanks couldn't find their offense against Lee in Game 1, the video must have helped a little.

Utley homers twice, as if to take the frosting off of Burnett's cake. His 3-run homer in the very first inning did just that, Burnett never recovered - by the time Girardi came out with the hook he had given up 6 runs on 4 hits, facing 15 batters in 2 plus innings.

I laughed out loud when Phil Coke came out, having just watched the "I Breathe Baseball" episode where Turturro launches into his anti-Coke campaign and then makes up with him when he meets him face-to-face. Laughed even more when Coke gives up Utley's second homer, then another from Raul Ibanez later the same inning. Goodbye, Phil!

Another Phil (Hughes) comes in to keep Coke's mess from boiling over, the damage is already done. The Yanks pull off small miracles in the 8th and 9th, bringing the Phils' lead down to 3 at the end of the 8th. Pinch-hitter Jorge Posada scores on Jeter's GIDP in the 9th for the second out, but it's over. The Phils offense gloriously returns to force a game 6 and the Yankees have to rely on Andy Pettitte to bring things back against 'Daddy' Pedro Martinez. 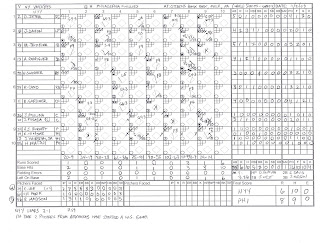 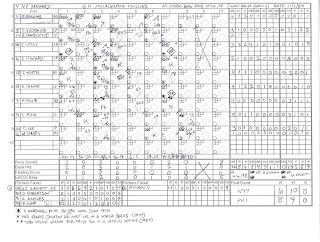 The madness continues, even though the Yankees enter this game leading the series, some of the participants seem to lend one to believe that the teams are pretty closely matched, and the speculation arises that maybe this could be the first World Series in years to go beyond 5 games. A great deal of focus on Sabathia's start on a few days rest...as Yoda would say, "Concerned more about his last performance than lack of rest, Yankees fans are."

After a raucous first inning (both ends), both Sabathia and Joe Blanton seemed to settle down a bit, and after the bottom of the 4th, you may have caught yourself thinking that this game could result in a series tie...

Nah!! The Yanks came back in the 5th to make the score 4-2, and even though Utley and Feliz both homered in the 7th and 8th respectively, the ball went to Brad Lidge in the 9th. He retired Matsui and Jeter back-to-back, and with Johnny Damon at the plate, stood on the mound one strike away from extra innings...I had a fresh beer poured and at the ready. Then, Damon singles and Lidge falls apart. 3 pitches later, Teixeira reaches after getting hit (during his AB, Damon pulls off the now famous 'fake double steal'), then A-Fraud doubles, sending Damon home. Here comes Posada, with a blast single to left that scores Teixeira and Rodriguez, just before he's out at second on the throw.

My heart went out to Lidge - last year's hero was this year's zero, and he was THAT CLOSE to getting the magic eraser out and change all that - but it was not meant to be. You could see it in his face, as his soul completely left the ballpark. The only chance the Phils had in the bottom of the 9th was to tie the game, and with Matt Stairs at-bat, I finished my beer cause I knew that wasn't going to happen. No extras tonight!

Another unintentional 'intentional walk' in the very first inning. I guess only the Yankees can get away with this!

Joba Chamberlain is a CHUMP.

Interesting pitching pattern in the 4th; Joe Blanton retired the side, 3 up 3 down and every at bat went like this:
1st and 2nd pitch strikes
0-2 pitch was a ball in the dirt
1-2 pitch was a strike that finished the AB 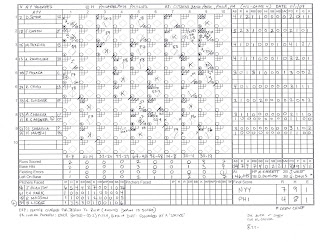 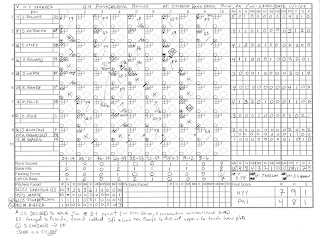 Posted by Stevo-sama at 2:21 AM No comments:

It was like 2008 all over again, with the rain coming down rather viciously - this time before the game even started, resulting in a 1hr 20 minute rain delay. Happy Halloween!!

A little bit more ACTION in this game, also the expectant return of 'Cole Hamels, the 2008 World Series Hero' against the legendary Andy Pettitte.

After hearing a quiet Yankees home crowd for Game 1 and 2, the deafening roar of Phillies Phans was amazing. These folks really shamed Yankees fans with their enthusiasm and bloodthirsty support of the defending champs. Hamels didn't seem to be on board, though, as he allowed 5 runs (all earned), 2BBs and 2Ks in 4.1 innings of work. Hamels got the hook after allowing 2 singles, 2 doubles (one of each RBI hits), and a walk - 3 runs scored total, with A-Fraud approaching the plate. Pettitte, however, showed how he earned his stars in 6 formidable innings.

Hamels seemd to open the gate by (suddenly) offering curveballs opening the 5th inning - Swisher took his first for a lead-off double, Pettitte took his second for an RBI single. Pettitte's hit was the 1st RBI by a Yankee pitcher during a World Series game since Jim Bouton in 1964. Hamels post-game comments really sent a shock to many fans, when he commented he couldn't wait for the season to end, as he felt drained. Not really fantastic 'team talk' from a guy who is credited for annihilating the Rays in 2008 - I'm sure he's worn out, but yeah the season HAS ended, your team needs you to stop whining and start focusing on your game. I thought about the New Era commercial - "come on, Cole...keep pounding the corners, get him to chase one outside..." if Phillies fans were to ask him the same question, would he respond "who are YOU?!?"

Nick Swisher broke his drought with the lead-off double, then delivering a pudgy solo jack in the 6th. A-Fraud's HR was originally ruled a double when it bounced off the camera lens near the right field corner - OOPS, move the camera and it's a homer. The call was overruled and for the next game, the camera would be moved.

It started raining again in the bottom of the 8th, but by then it was too late for the Phils...behind by 4, Carlos Ruiz' surprise solo homer in the 9th barely threatened - despite Jayson Werth's lead-off solo homers in the 2nd and 6th respectively. Where Utley liked Sabathia, Werth enjoyed Pettitte almost as much.

All these solo homers - they count, but they didn't add up this time. 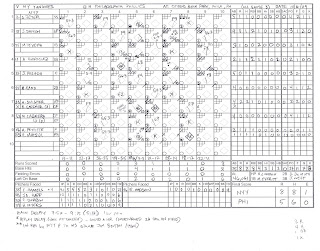 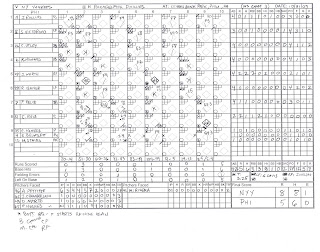 Posted by Stevo-sama at 3:35 AM No comments: