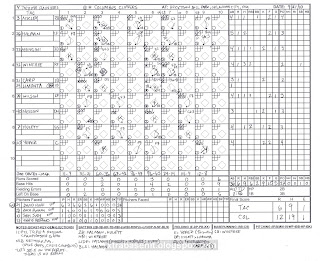 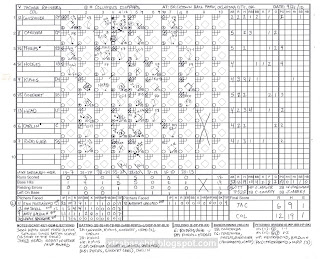 Posted by Stevo-sama at 2:15 AM No comments:

The Bats entered the final regular season game 1/2 game behind the Columbus Clippers in the division; this was a MUST-WIN for the Bats to claim the division title and to enter the IL playoffs as division champs, not as a Wild Card entry. Their recent skid ensured that a win today wasn't a 'sure thing,' but in front of a Labor Day crowd of over 8K, they pulled off the exciting win and their 3rd consecutive division title.

As always this time of year, with several key players in the squad already called up to Cincinnati (and this year, for a good reason), pulling together a division championship is no easy task for Rick Sweet. Todd Frazier had a big night, 2 for 3, with 1 run, 1 RBI, 1 HR and a SB. New guy Sean Henry, just called up from the AA Carolina Mudcats a couple of days ago, also did well (2 for 4, 1 run and 2 RBI from his smashing 1st inning bases-clearing double). Dave Sappelt (another recent call-up) did his part of the heavy-lifting batting 2 for 4 with a 2-out HR in the 2nd inning. Ben Jukich...WOW! He had a no-hitter going into the 6th inning. Nice work!!

Speaking of errors, the Bats nearly cost themselves the game with a few doozies, 2 committed by Castillo and one by Zack Cozart.

NOTABLE GAME EVENT: Buddy Bat, our beloved purple mascot was EJECTED in the mid 4th by 1B Umpire for heckling a 'poor call' at 1B.

Akinori Iwamura on deck for the Indians 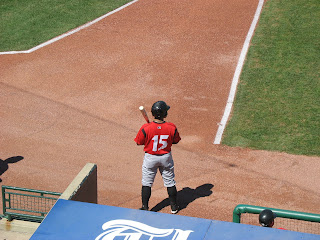 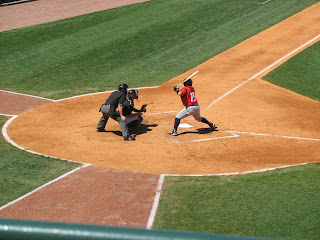 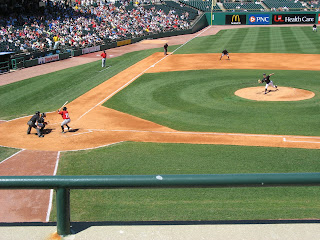 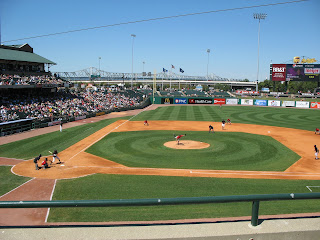 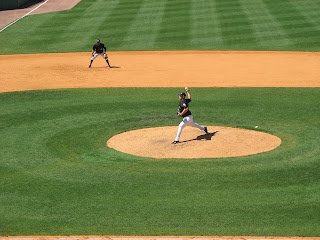 Congratulations, Bats...off to the playoffs! A bittersweet heralding of the end of local baseball for me...the last regular season game. I hear fall calling off in the distance...I can't believe the summer is over, and soon, baseball season. 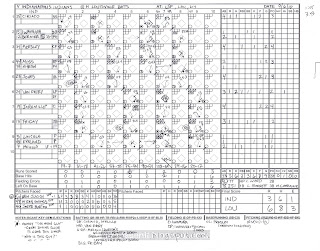 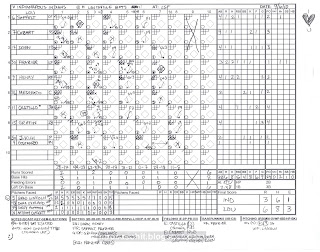 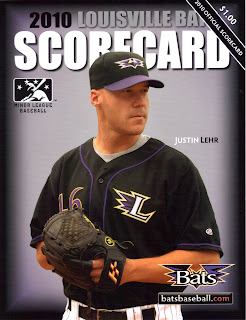 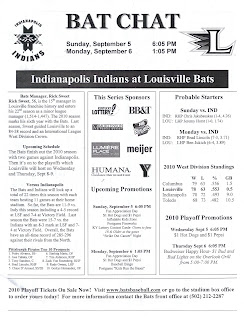 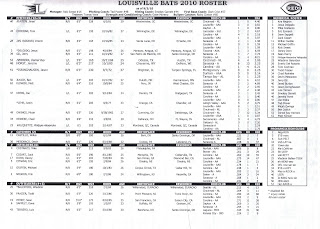 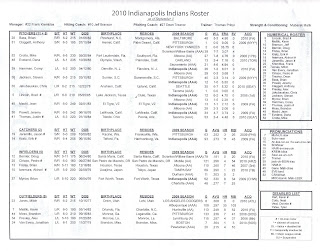 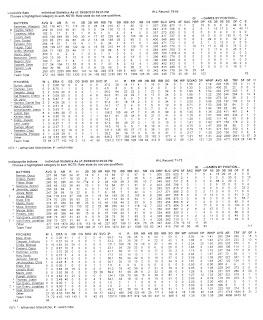 Posted by Stevo-sama at 1:34 PM No comments:

Next Cubs Manager: My Corny Scenario

Now that Fredi Gonzalez' name seems to have finally jumped out of the caverns of speculation and into the news feeds, it's time for me to crawl out of my cave and bring this up.

I think many of us knew when Piniella announced his exit (then took it early) that sooner or later, Fredi Gonzalez would emerge in the discussion...and why not? We all love the way he put Shagley Ramirez in his place for what he did, and we all felt a slight sting of pain when he ended up getting the shaft for it.

Interviewing for a Manager's job...that act alone has to carry some weight. The fact that the next manager will be Jim Hendry's 3rd managerial hire is alarming...failure to 'pick the right guy' will have him out on his ear quicker than whoever gets the job.

Numbers aside, the only thing Sandberg has on Gonzalez is buckets of "Cub Love," the only guy on the planet who can run this franchise into the ground and not get run out of town on a rail. Chicago LOVES Sandberg, just like the Germans LOVE David Hasselhoff. We want him, but we don't want him to fail. We love him, but we don't want to go through this...again.

However, we want him to 'help' without getting trampled by the rest of the teams in the National League; we want him to have the opportunity to 'do his thing' but it would be nice if he didn't have to take the heat for failure...at least not right away. We are impatient in our patience, it's the glue that keeps us together and that keeps (most of) us coming to games, regardless of what else is going on.

But this isn't a post about how we roll...others do that better than I do.

I discussed Fredi and Ryno with a co-worker a month or so ago, and I thought I would share my wacky scenario with you, as I did with him previously.

It's not an idea, my idea doesn't count. If I were a GM I would be fired by now, any team, any time. Most of you might find the humor in this, others will perhaps rub their Spock beards introspectively and develop their own tangents.

I picture Jim Hendry, who does NOT want to lose his job next year, bringing Fredi and Ryno both into his office.

"Ryno, we want you to manage but we don't want your reputation to be soured by the fact that you are more or less doomed to potentia failure for at least a year or two...at which time I will already be dismissed and maybe you too.

"Fredi, we like your spunk and whatnot, and your repuation doesn't float the Cubs boat like Ryno's. We want some winning, but we don't want to take chances anymore...or rather I don't. That would suck.

"Ryno knows these kids we've called up like his own...we need him to continue to work with them so that SOMEDAY he can reap the rewards of the empire he is slowly building...putting him in the skipper chair now may jeopardize our hopes of any championships for years to come, but we need him around.

"My proposal is this...Fredi will manage the team for 3 years, World Series or not. Ryno will be your bench coach and will assume the helm after your 3 years, World Series or not. This way when Fredi fails, you are still with the organization and ready to jump in. You will have endeared the fans even more with the determination you have shown by 'working under' Fredi and they will never know about our secret deal. If Fredi does better than expected, the fans will assign your participation as part of his success and will love you even more...not to mention embrace you emphatically (none of this 'wishy-washy blog analyst' crap you are hearing now) as Fredi's replacement.

"Ryno you WILL get the job, and Fredi you WILL be done ater 3 years...my recommendation to you is to get us to the championship so that you can get your resume built up and land a high-profile job with the Yankees...or even the White Sox.

"No word of this to the press, the team, or the fans. Don't worry about the check for dinner, I'll pick this up."

There is about 2 minutes of silence, Ryno looks at Gonzalez, who shrugs his shoulders...then Ryno speaks:

"You need to know that if you ever try to pull off another Milton Bradley trade, we will personally stick your head in the visitor's clubhouse toilet so deep it will take 3 postseasons to flush your shoes all the way to that stupid "Curse" tavern down the street."

"And if I ever catch you not hustling again, you will need to find a much better place to hide than Des Moines..."
Posted by Stevo-sama at 3:44 PM No comments: