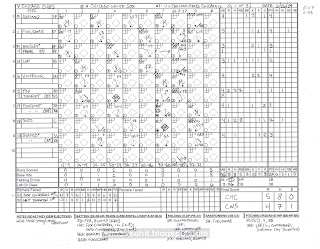 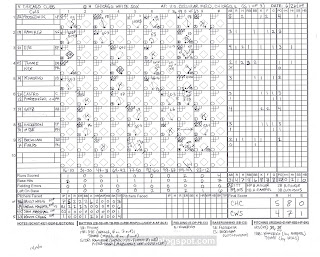 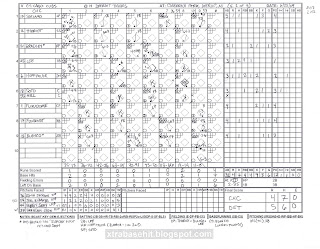 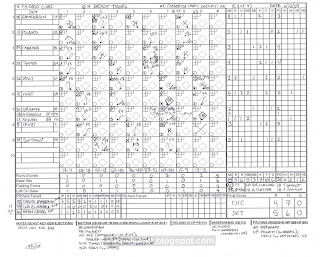 One of the best AAA baseball stadiums in the country – Slugger Field is always a great time no matter who’s playing.

I was able to attend this game free of charge as my Men’s Group at church decided to have their monthly meeting at the game. I can certainly appreciate that (and on dollar beer night as well) – business is business!!

I was looking forward to this face-off, my first chance this season to see the Bats’ ace Justin Lehr at work as well as see some old ‘familiar faces’ out on the field. The Tides (recently becoming an Orioles farm team) featured not only Joey Gathright (former Cub, traded to Baltimore early this season) in the starting lineup, but also Jolbert Cabrera, who played for various MLB teams, then NPB for a year (Fukuoka Softbank Hawls), then back to the Reds in 2008. I saw Cabrera in a few Bats games last year; he was called up in September in play a few games for the Reds before being traded to the Orioles in January 2009. Not a great deal of offense during this game; Gathright hit 2-4 (hitting safely in 2 consecutive ABs) for the Tides, scoring their only run on Justin Christian’s 2B in the 3rd inning. The Bats fared slightly better offensively with Danny Richar batting 2-4 (including a smashing lead-off HR). Justin Lehr completely lived up to expectations; allowing 7 hits and 1 Run (earned), 4 Ks and 1 BB in 6 innings pitched (10 pitches in the 4th and 9 pitches in the 5th). 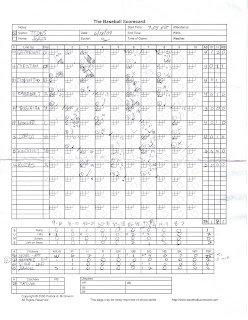 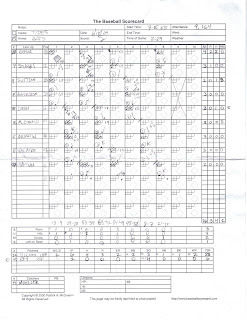 Posted by Stevo-sama at 8:18 PM No comments: 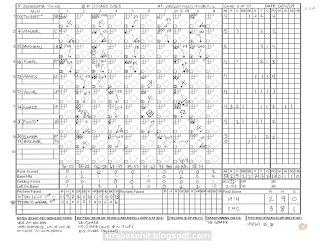 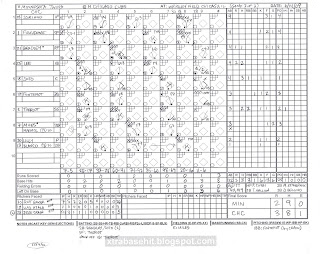 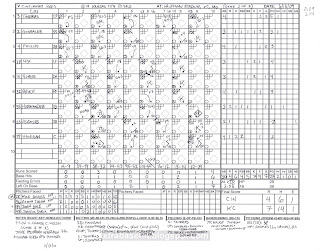 Posted by Stevo-sama at 2:30 AM No comments:

During Interleague play, this anticipated meeting between one of my two favorite AL teams (as if) and the Cubbies ended up another disappointment from the Northsiders.

Joe Mauer was phenomenal, Randy Wells was a bust. His inability to last 5 innings was overshadowed by the biggest Cub Boob of 2009, the incomparable Milton Bradley.

Mauer's 2-run homer in the 3rd inning started the slaughterfest. Bradley and Derrek Lee gave great offensive performances, but we'll never forget (or forgive) Bradley's loss for words when he caught Mauer's SAC fly in the 8th (the second out), forgot how many outs there were, turned and casually flipped the ball into the bleachers - allowing Nick Punto to score and Brendan Harris to advance to 3rd from 1st. 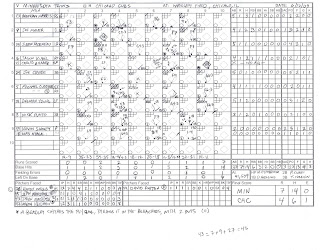 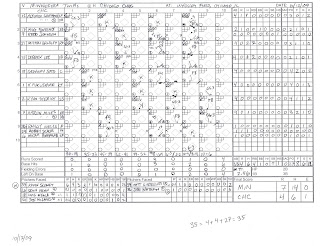 Posted by Stevo-sama at 2:47 AM No comments: 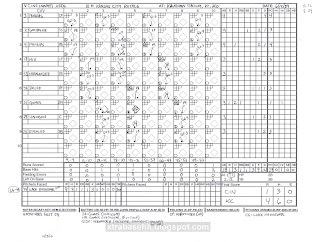 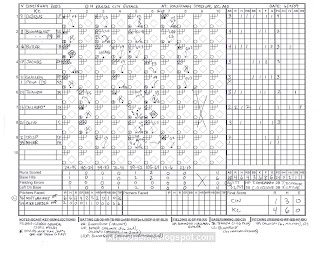 Posted by Stevo-sama at 2:20 AM No comments:

A very exciting, neck-and-neck game – I really thought the Royals would pull this one off late in the game but nearly in the same fashion as a spring training game between the same two teams, the White Sox raged hard during the 9th inning to finish them off.

It was my chance to see Zack Greinke shine on a WGN Sox broadcast…I sat through the most annoying Hawk Harrelson calling the game to see Zack, and I wasn’t disappointed – 7K, 0BB, 8H and 3ER in 7 innings of work. Not his best plate appearance, but a formidable drive nonetheless. Danks held his own against Greinke; apparently it was John Bale who earned the L by allowing runners to reach before being replaced by Juan Cruz, who gave up the game-winning double by Chris Getz.

More than anything, scoring this game was truly a testament to my strength in staying with a WGN White Sox telecast for the entire game. Hawk Harrelson…his annoying chirps of glee and ridiculous nickname assignment (nearly ‘affectionate’ in an unflattering, uncomfortable way) was gruesome to endure. Next time I try this live, I think I would be better off listening to the radio broadcast and watching the TV feed simultaneously. Even worse than dealing with the ESPN bozo team of Joe Morgan and Jon Miller… 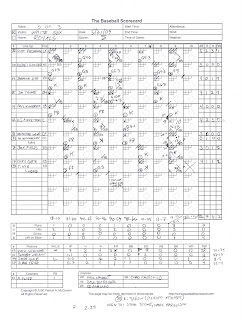 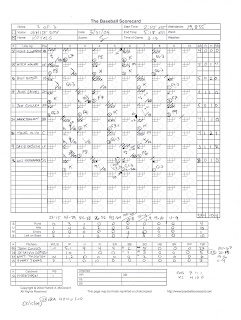