MLBAM shuts down Cubscast after 6 seasons

Streaking through the halls of the twitterverse and the channels of Cubs fandom this morning (and beyond that, MLB fans in general) is the announcement last night that our beloved Cubscast has acted upon a cease and desist from MLB Advanced Media and subsequently have shut down their domain, forum, and fantastic podcast series thru CSN.

You can read Lou’s letter here and listen to the final podcast for all of the details but ultimately, this is the result of a similar move by MLBAM to shut down another podcast on the same "network," namely Twinscast, reportedly based upon a complaint by the Minnesota Twins organization.

Money had nothing to do with it, and even the Cubs organization didn’t seem to be opposed to Cubscast and their work (in fact, it’s well known that the Cubs lithely supported the podcast and even participated at times). For 6 seasons, Lou and Sheps and many others brought us a cohesive point of view over the events of the Cubs and in a manner that never divided fans or incited grotesque controversy. Cubs fans know we like to moan and wail at the same time we hope and dream…our agony is wrapped precariously around our expectations, that’s what makes us fans. Cubscast was an unreasonably well-tooled representation of our collective psyche in a new medium that tends to isolate fans and listeners randomly (but usually not in a mean-spirited fashion) in an informative, responsive, and (oh gosh, oh gee) in an entertaining way.

This seems to be primarily a ‘fair is fair’ move, only complicated by the fact that Twinscast and Cubscast shared a common "network," ergo…”if we can’t do it, why can they do it?” There ya go.

For the record, Twinscast was never the same high-class exercise that Cubscast was. That’s my opinion. Even folks who weren’t “#1 Cubs Fans” enjoyed Cubscast beyond its localized grip. As a lifelong admirer of the Twins, I found it difficult to enjoy Twinscast when I attempted to do so. Maybe I just dropped by at the wrong time and this perception is based upon that…Cubscast was really the best of its class and I’m glad I was able to enjoy it while it lasted. Having said that, it’s unfair for me to compare the two. The bottom line is, #1: it’s a shame for BOTH ventures, regardless, and #2: what’s next?

My immediate concern is how this will impact similar endeavors by enterprising fans in the same or similar media. As I’m writing this, I’m even hesitant to bring up any currently operating exemplary podcasts, fan forums, blogs, or other initiatives on the “internets” that use an MLB team’s name and/or likeness in their design. How soon before 'the man' comes knocking on some of their doors?

Over the years, most of us have ‘lived through’ our favorite sites being shut down for reasons such as this. I’m definitely no stranger to being an intangible part of something that was built by ‘fans’ to serve ‘fans’ outside of corporate media guidance. For years, everything I’ve ever done, said, written, or posted on the internet has always been executed with the same reservation when I hear those words “this copyrighted telecast is the licensed property of Major League Baseball and cannot be reproduced or disseminated without the express written consent of Major League Baseball.”

This blog doesn’t have any MLB trademarks…or does it? There’s a picture of me with a Cubs jersey on…am I breaking the MLBAM law? I post scoresheets of MLB games and comment on their outcome…is that illegal dissemination?

We usually ‘operate’ under the assumption that the corporate media Bene Gesserit sisterhood will only go after those who violate the above statement who are “cashing in” on these efforts. Again, Cubscast wasn’t a money window of any kind (and neither was Twinscast). So, that isn’t the case here.

Well, you can’t fight city hall…I suppose. MLB and MLBAM, they are bigger than all of us. Yesterday, clubs will indirectly appreciate this media for the support (and fan dollars) they bring in. Today, if you smack Joe Mauer around, they will send you a cease and desist letter. Tomorrow, by wearing an Orioles cap you are now an offically licensed product of MLBAM and will be hunted down for posting photos of yourself at an Orioles game with your hat on without the consent of the commissioner.

Thanks to Cubscast hosts Lou and Sheps (and Sneetch as well) for all their work, laughs, tears, and shared dedication over the years. That’s really all I wanted to say. In the true spirit of Cubscast, then let me ask…Lou, what is the answer?
The answer is: “This story was not subject to the approval of Major League Baseball or its clubs.”
Posted by Stevo-sama at 10:55 AM 1 comment: 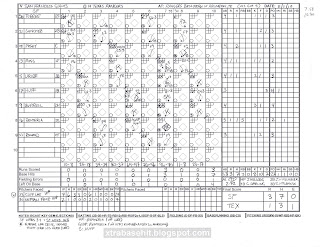 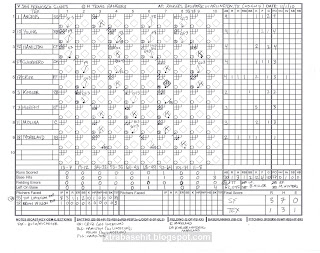 Posted by Stevo-sama at 2:33 AM No comments: